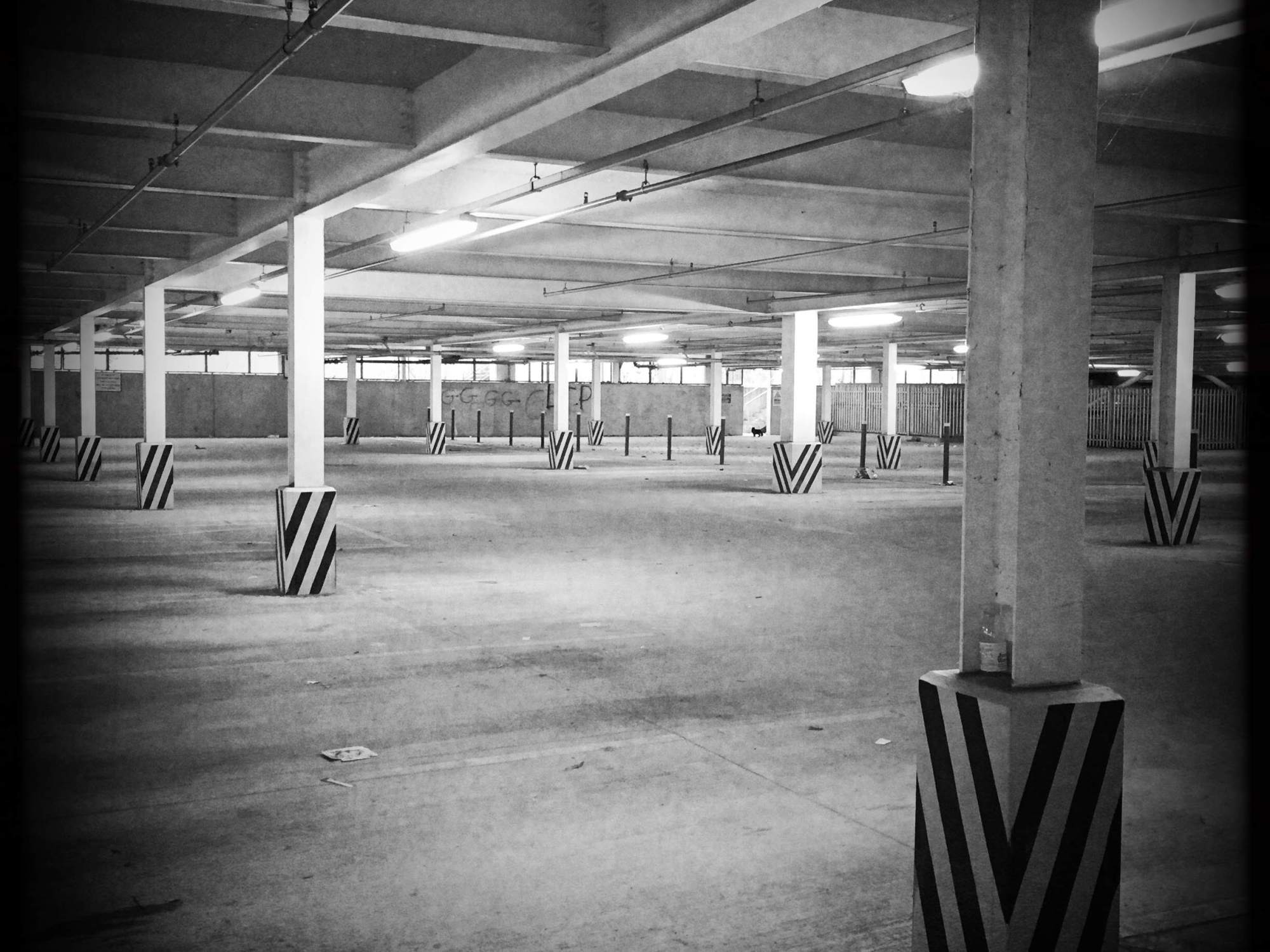 For the last month or so I’ve been taking photos of a car park.

I haven’t been making a special pilgrimage to this car park. It’s just where I park my car while I’m at work.

Why? Well partly because that was the only thing I’ve had time to photograph, but also because the more I looked at this space, the more I saw.

The first thing that struck me was the lines and shapes. I’ve always liked and looked for symmetry to make images. To the point where I would studiously avoid taking photos of more naturally chaotic scenes like woodlands. (Although I’ve got better at learning to embrace the chaos as my tree blog shows…)

There are loads of lines in this place – converging, splitting, dividing.

The striped patterns on the columns really caught my eye so over the past few weeks, I’ve been taking more and more photos. I found that the environment with all its strong contrasts really lent itself to black & white. There’s very little natural light in here as the car park is underground. Well, sort of underground – it’s actually the basement level of a supermarket and it’s open on one side to the street.

This has led to some interesting moments when low winter sun limbos under the car park’s roof for about 20 minutes each morning. I like the whole inside/outside issue this creates too.

I love all the lines – the way they define the space. Not just the architectural lines of the structure, but also the lines that demarcate and divide the space.

In places though this sense of order is being challenged.

Graffiti tags cover one of the far corners…

Elsewhere, ivy tentatively gropes for a hold on the walls.

There’s a sense that this is one of those non-places. A space that exists as a start or endpoint but not as somewhere to stay for long.

Nevertheless it’s somewhere I want to keep on exploring. I’ll let you know how I get on…

This site uses Akismet to reduce spam. Learn how your comment data is processed.