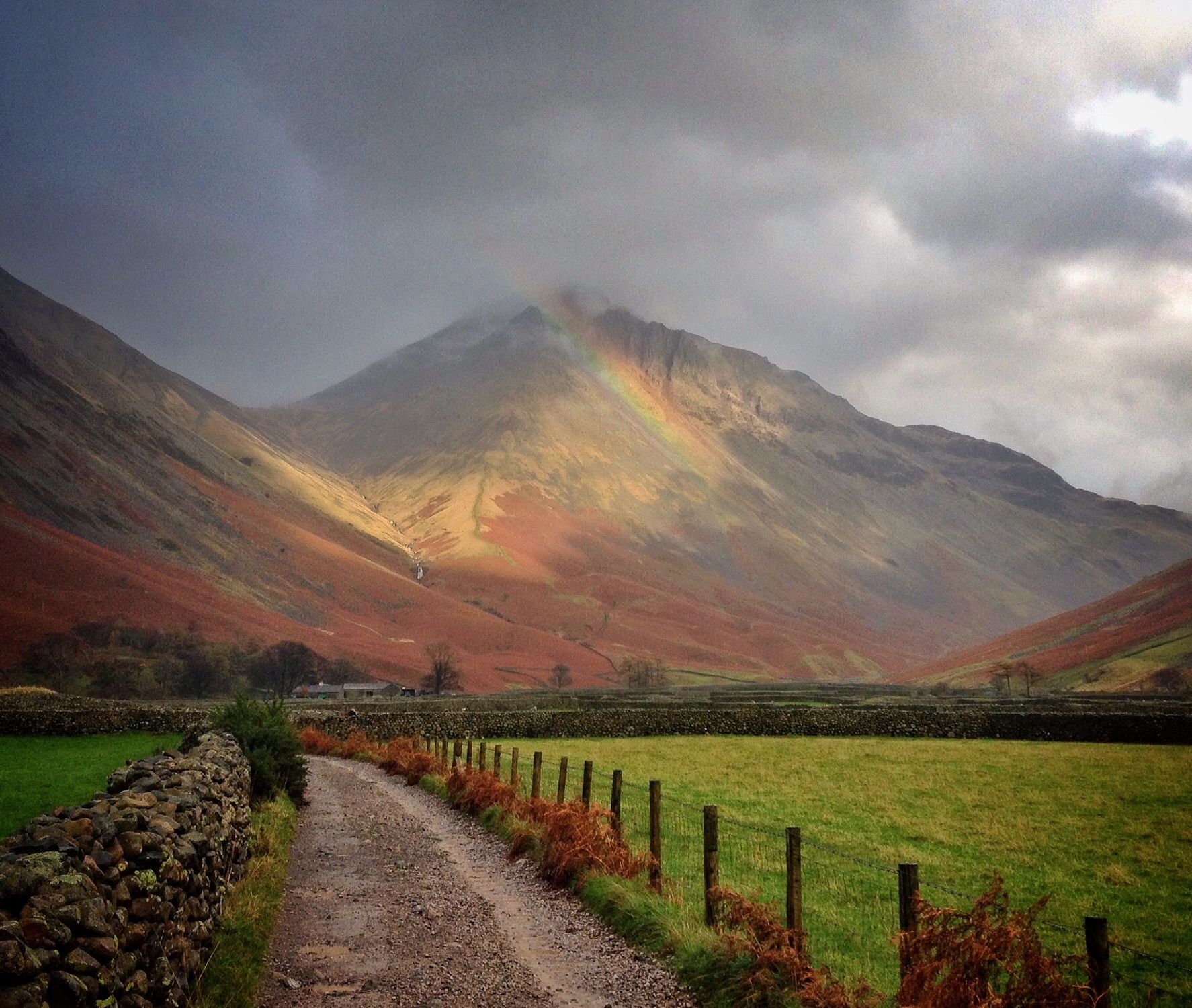 For many years, Remembrance Sundays have been associated with one place for me: Great Gable.

This 899m peak on the western edge of the English Lake District has become an annual personal pilgrimage, missed only occasionally due to family commitments. It’s also part of an annual reunion with a bunch of friends, some of whom I’ve known for over 20 years. Apart from the excuse to spend a weekend in good company (but invariably lousy weather), this is a walk with a special significance.

On Great Gable’s summit, there is a war memorial dedicated to the memory of those who died in the First World War on its summit – specifically the members of the Fell & Rock Climbing Club (FRCC). This club pioneered modern mountaineering in the fells of the Lake District. Skills learned here were later used on expeditions to Everest.

The memorial was put there in 1924, a year after the mountain and 12 surrounding fells (including England’s highest peak, Scafell Pike) were bought by the FRCC to remember club members who had died. The land was then gifted to the National Trust and eventually became part of the Lake District National Park.

Observing the 2 minute silence on the summit of Great Gable appeals on many levels to me. There’s the challenge of getting to the top in time for the act of remembrance and the silence but it’s also a way of saying thank you to those who gave their lives so that I could walk these hills. I want to be clear that I don’t mean that in any jingoistic, tub-thumping way, but in a purely practical and legal sense: without their sacrifice, it’s very likely the uplands of Cumbria would still be private land now. The whole concept of the ‘right to roam’ and allowing people the chance to explore these wild places pretty much came about because the men who walked and climbed here died on the Western Front.

The starting point of the walk for me is always the same: Wasdale Head. I know that if I leave the car at 8:30 in the morning, I can be on the top with a few minutes to spare.

From Wasdale Head, there are 2 routes up. Either via Gavel Neese, a sustained steep climb followed by a rocky clamber up from the col at Beck Head to the summit. Or a more steady and gradual ascent via Styhead. This year, I chose the latter based on the weather – the strong westerlies would push me up the path to Styhead rather than push me off it.

Over the years, the numbers gathering on the top for 11 o’clock have grown. Seeing the crocodiles of walkers steadily trudging upwards along all its routes is quite something.

It took me about an hour to reach the Stretcher Box at Styhead. Sheltering behind a boulder from the rain, I had shared some chocolate with my mates before we pushed on for the top.

The weather just got worse from here. Cocooned in Gore-Tex and fleece, I trudged up and up into the clouds and towards the summit. My friends pushed on ahead – my world shrunk to a narrow view through spectacles obscured by rain and sweat.

I have no photos of the 2018 memorial service. The weather was awful, the wind chill freezing. I have poor circulation so the faff of undoing the many zips of my waterproofs to fumble with a phone would have meant frozen fingers.

I found a spot among the crowd. Like a colony of penguins, people huddled in. A broad mix of accents suggested the distances people had travelled to be here. Dogs whimpered and then snatches of the service blew over us.

A chance to reflect.

After a muffled round of applause, the crowd gradually dispersed, although this being a record turnout for the centenary of the end of the Great War, there were queues on the paths down.

On the way down the clouds occasionally cleared – snatches of low winter sun lighting up the valley below.

After my traditional pint of blackcurrant and soda in the Wasdale Head Inn (A sign by the bar reads: ‘No, we don’t have wifi – talk to each other!’) and a chat with friends, I headed back to the car and the drive home.

To find out more about the Great Gable Memorial, the role of the FRCC and the National Trust, listen to this BBC clip . (Flash and BBC Sounds subcription required) or follow the links below:

There was an error retrieving images from Instagram. An attempt will be remade in a few minutes.